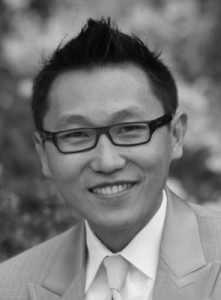 Dr. Luk (pronounced Lu) is a board certified specialist in orthodontics and dentofacial orthopedics. After graduating from Temple University School of Dental Medicine in the top 5% of his class, he entered an Advanced Education in General Dentistry Residency with the United States Air Force. Dr. Luk has served as a dental officer with the Air Force in Washington DC, Los Angeles and Turkey.

Dr. Luk received his orthodontic degree from Columbia University through a rigorous 3 year residency program where he gained extensive training in the diagnosis and treatment of complex malocclusions. At Columbia University, Dr. Luk became well versed in all aspects of advanced orthodontics ranging from dentofacial orthopedics to surgical orthodontics.

He was awarded a Master of Science in Orthodontics for his research on impacted canines. Dr. Luk has also earned the distinction of becoming a Diplomate of American Board of Orthodontics. This honor is awarded to a select number of American orthodontists. In addition, Dr. Luk has over 20 years of experience in all facets of dentistry and has received several awards throughout his career. He remains passionate about creating healthy and beautiful smiles and pursuing excellence through continual learning.

Dr Luk was born in Kunming, China, grew up in New York and has lived all over the United States and the world. He loves traveling and being immersed in different cultures. He is also fluent in Chinese and Spanish.

This information is also available in: Chinese Spanish